Is each subsequent high higher than the previous high?

Is each subsequent low lower than the precious low? 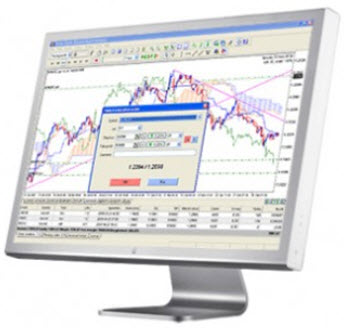 If you can answer yes to BOTH questions, you are looking at an uptrend.

The tricky part for the trader is analyzing a chart that isn’t as clear. How would you for instance interpret a chart where most, but not all, highs are higher than their subsequent high? It can be tempting to limit the time-frame just to get those pesky anomalies out of the picture….

Is each subsequent low lower than the previous low?

Is each subsequent high lower than the precious high?

If you can answer yes to BOTH questions, you are looking at a downtrend.

Just as for the uptrend, it is necessary to look at both the lows and the highs to determine the direction of the trend. Also, it’s important to not be mesmerized by the marks that support the idea of a downtrend while ignoring anything that goes against this interpretation.

It is not uncommon to see a chart where there is no clear uptrend nor downtrend. For instance, a series of higher high can be interspersed by a series of lower lows.

There are technical analysis tools available that are intended to help traders make a profit even in a market that is trading sideways with little indication of clear direction, but they are not recommended for the novice trader. Many traders – even seasoned ones – will simply elect to stay out of the market when they see patterns like this on the charts.